“It has been the greatest honor of my life to serve the people of New York for the past 10 years. New Yorkers’ resilience, strength, and optimism through the most difficult times has inspired me every day,” secretary to the governor DeRosa said in a statement sent to news organizations.

“Personally, the past 2 years have been emotionally and mentally trying. I am forever grateful for the opportunity to have worked with such talented and committed colleagues on behalf of our state,” she said in the message, with no specific reason offered for her resignation.

The exit of the 38-year-old, who held the highest-ranking appointed position in the state, comes as Cuomo fights for his political life in defiance of criminal investigations and widespread calls for his impeachment. 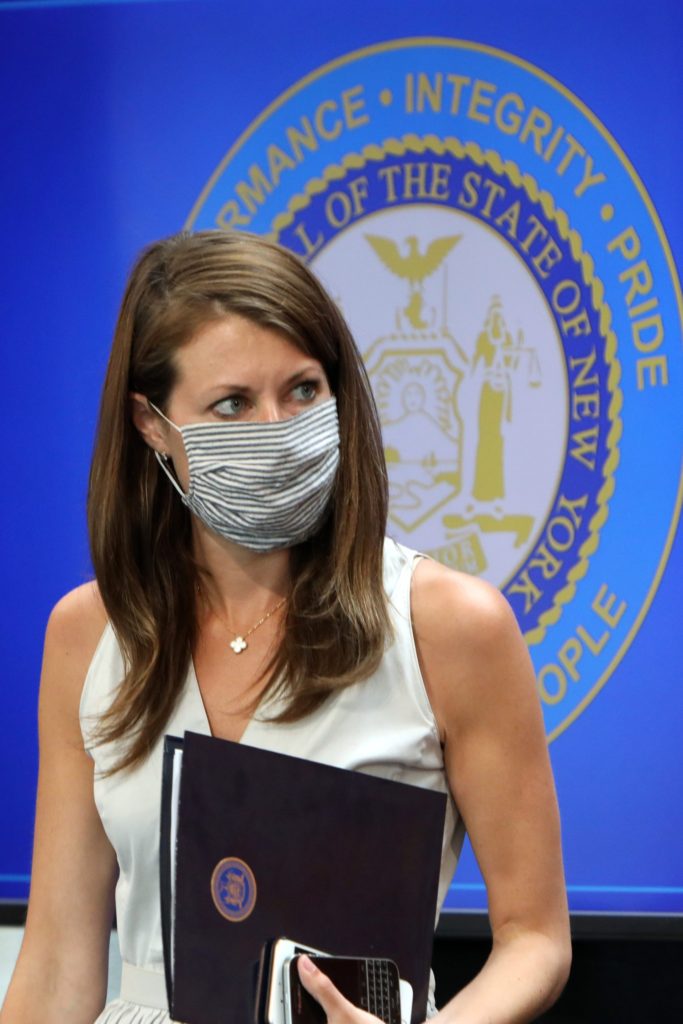 More bleak news for the governor is expected Monday when an Assembly committee meets to discuss possible impeachment proceedings and “CBS This Morning” is scheduled to broadcast the first TV interview from an executive assistant who accused Cuomo of groping her breast.

Andrew Cuomo has denied all allegations, saying last week he “never touched anyone inappropriately or made inappropriate sexual advances.”

DeRosa, who often stepped forward to defend Cuomo when he faced public criticism, joined the administration in 2013.

She got the title “secretary to the governor” in 2017, and was probably the most recognizable face in the administration after Cuomo.

DeRosa is the daughter-in-law of Audrey Strauss, the U.S. attorney for the Southern District, as the New York Post reported.

She appeared by Cuomo’s side in most of his news briefings and often fielded policy questions from reporters when the governor lacked the details to answer.